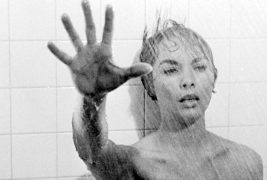 The shower scene from Alfred Hitchcock’s Psycho is widely regarded as one of the landmark achievements not just of the horror genre, but world cinema. Alexandre O. Philippe’s newly released documentary derives its title from the 78 camera setups and 52 edits that Alfred Hitchcock and his crew used to create it. To flesh out a feature length film Philippe attempts to not only dissect this famous sequence but discuss its cultural impact both in 1960 and today. Despite some occasional rough spots, 78/52 delivers an illuminating and entertaining overview of what Peter Bogdanovich describes as, “…the first time in the history of movies where it wasn’t safe to be in the movie theater.”

One of the challenges facing any documentary that deals with something this iconic is finding a balance between aiming the film at an audience with casual interest vs. the inner circle of geekified Psycho fans. Philippe negotiates this by constantly switching between serious commentary such as director Karyn Kusama’s observations about the shower scene’s significance as a depiction of violence to women and lighter weight stuff like a segment on choosing the perfect sound effect of a knife penetrating human flesh by auditioning a roomful of fruit. This actually works. The film avoids becoming a dry-as-dust film-studies lecture while also steering clear of presenting an endless parade of people saying, “Man, that shower scene is freaking AWESOME!”

Of course, another issue is that virtually all of the important contributors to the creation of the shower sequence (Bernard Herrmann, Saul Bass, George Tomasini, et al) are deceased. The only person Philippe could round up to speak on camera who was actually there is Marli Renfro, Janet Leigh’s body double. And while her reminiscences are fun, Philippe still has to fill a lot of screen time with other people on camera talking about the shower scene, Hitchcock, and Psycho. This is where things at times get a bit dicey.

We are treated to entertaining and insightful comments from director Peter Bogdanovich and author Stephen Rebello. Art historian Tim Standring gives a great mini-presentation about the significance of “Susanna and the Elders”, the painting hanging over Norman’s infamous parlor peephole. But you have to put up with some real jibber-jabber, too. Bret Easton Ellis, ignoring the previous 40+ years of movie history, intones that Psycho made “murder an acceptable form of entertainment.” Really? Later on, Marco Calavita chimes in linking Psycho with American naivete re World War II, the introduction of the birth control pill, and the marital breakup of the stars of “I Love Lucy.” Yeesh! 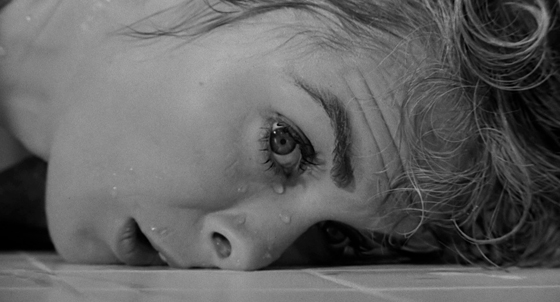 To his credit, Philippe does attempt to shed some light on what I think is one of the great mysteries of movie history. And that is: Why Psycho? 1959’s North by Northwest was one of Hitchcock’s biggest hits. A splashy thriller filled with color, humor and the star power of Cary Grant, it was grand entertainment. The 1960 release of Psycho was like Steven Spielberg following up Raiders of the Lost Ark a year later with Schindler’s List. Several theories are advanced. Stephen Rebello’s notion that Hitchcock was using Psycho to say to the film industry as well as the public, “You don’t know me” feels plausible. I totally discount Hitchcock’s own claim shown in archival interviews that the film was intended as a comedy. This is a subject for another day, but I think that Hitchcock put more of himself into Psycho than he realized. When he saw the darkness in the film and the effect it was having on audiences, he went into full spin mode to make it jibe with his persona as the safely macabre host of Alfred Hitchcock Presents on TV. In my view, the only one Hitch was kidding is himself.

The movie finds its highest gear when the focus shifts to the actual breakdown of the shower scene. Oscar winning editor Walter Murch’s analysis is absolutely fascinating. He expertly isolates key moments in freeze frame, describing how an edit or a change in camera perspective builds momentum and preps the audience for what’s next. Murch, along with Mick Garris and John Venzon, point out how Hitchcock and his collaborators used visual craftmanship to devastatingly emotional effect.

My other minor gripe with 78/52 is Philippe’s opening and closing scenes. The film begins with an actress driving alone in a simulated nighttime rainstorm until she reaches the Bates Motel. What this re-enactment is supposed to accomplish escapes me. If you are going to introduce your subject with this scene, why not show excerpts from the actual movie with Janet Leigh? Better yet, how about simply showing the actual shower scene to kick off the documentary? Philippe’s choice comes off as a baffling distraction. Likewise, near the end of the movie we see a terrific montage of snippets from other horror films, TV shows, and satires inspired by the shower scene. Instead of ending on this high note Philippe concludes 78/52 with (anticlimax alert!) Marli Renfro recounting how awkward it was when Anthony Perkins had to tote her body out of the bathroom and prep it for the trip to the swamp. Luckily, 78/52 is so briskly paced that neither scene is a deal breaker, but I think the film deserves better bookends.

That said, I wholeheartedly recommend 78/52. While watching the film you can feel Alexandre O. Philippe’s genuine passion for his subject. Even Psycho obsessives like myself may learn something new about Hitchcock’s most perfectly executed example of Pure Cinema. And while we may never know why Hitch put us on a roller coaster ride where all of the seat belts had been torn out, 78/52 makes it easy to see why, even today, the horror and artistry of Psycho’s shower scene still retains its incredible power. 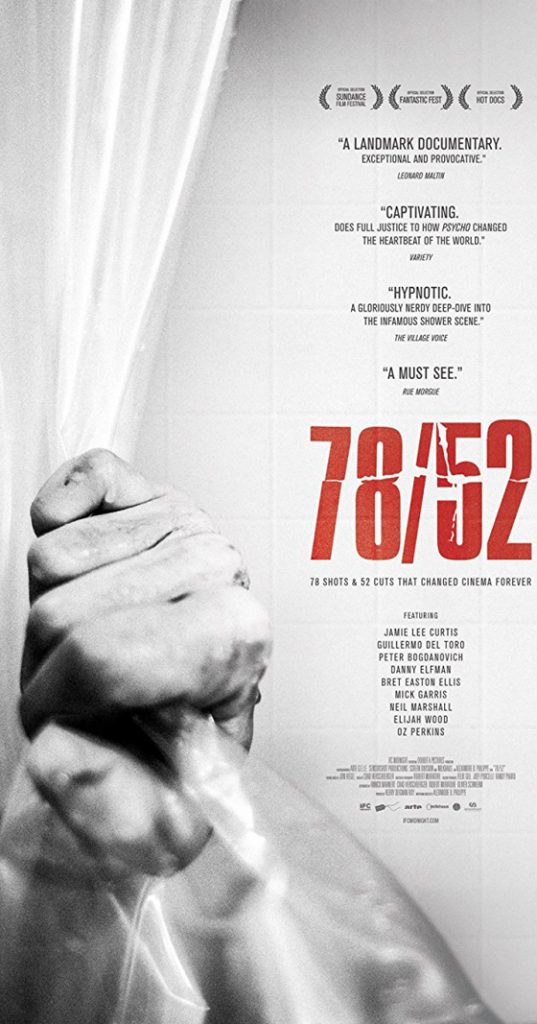