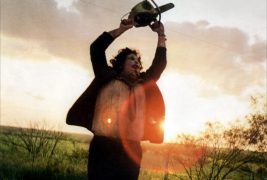 Every Halloween the internet is flooded by a tsunami of horror-themed list making. Best films, best candy, best costumes, etc. In the holiday spirit, I offer a somewhat different list. Here are 10 horror movie scenes that, for widely varying reasons, have stayed with me. Although some of these films are classics, in no way is this intended to be a “best of” compilation. In fact, if I did this same exercise next year the contents would likely change. So, with these caveats, from my inner projection booth to you, here goes:

This was my first horror film, viewed at an inappropriately young age on late-night TV. The Monster backs into a room, and the camera executes three rapidly telescoping close-ups of his cadaverous face. In 1931, this scene reportedly caused near riots. To an awestruck eight-year-old, the feeling of terror, mixed with a kind of thrilling wonder is something I will never forget.

SPOILER: The fact that it is my favorite surprise ending to a horror film is reason enough. But I had the good fortune to see this one first-run in a packed theater. Director Brian DePalma masterfully draws the audience into a gauzy, sentimental denouement as Amy Irving stoops to gently place flowers at the grave of Carrie White. When the famous GOTCHA moment happens, the eruption of screams, laughter, and just plain chaos continued all the way into the credits. It was an example of horror lift-off that I have yet to top. 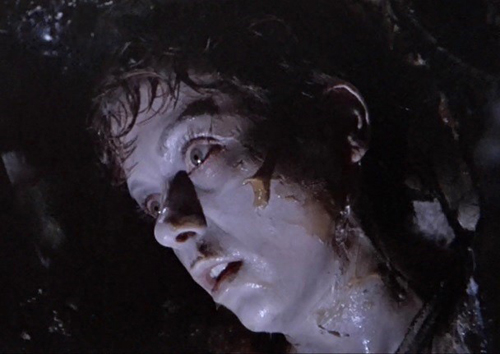 When the doomed Marine “rescue mission” comes upon her, she shockingly opens her eyes and sincerely whispers, “Please kill me.” As Ripley (Sigourney Weaver) helplessly watches via video monitor, she begins to convulse as a newborn alien prepares to emerge.  Seeing Ripley’s reactions as all of her old wounds are crushingly reopened has always given me a feeling of deep sadness. 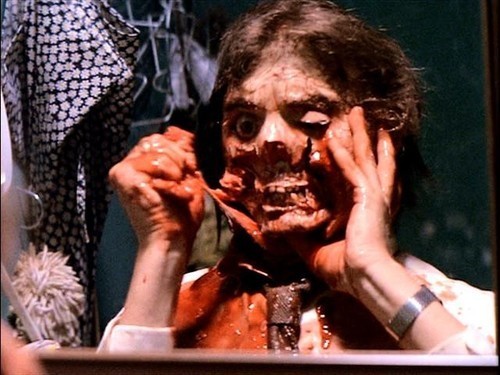 Although Tobe Hooper is credited as the director of this film, there is ample evidence that producer Steven Spielberg spent a lot of time in the kitchen. The (over)emphasis on depicting a warm, lovable family and reliance on flashy set pieces are pure Spielberg, and kept me from totally loving the movie. However, there is one sequence where it seems like the high gloss of Spielberg came together with the edgy outlook of the director of The Texas Chain Saw Massacre to create something unforgettably scary.

After spitting out a chicken leg that is suddenly sprouting maggots, one of the ghost-hunters rushes to the bathroom to wash his face. There, bits of flesh begin plip-plopping into the sink as he runs his fingers across his skin. He continues to decompose as he digs deeper into his head. Just as his skull starts showing through, he snaps back to reality, suddenly whole. Well played, poltergeist!

Maybe this is because it’s another movie that I saw very young, but when this gnarly apparition confronted poor Nora Manning (Carolyn Craig), I just about lost it. Blind, mute, and oozing the essence of scary, Leona Anderson raised the bar to a height that the legion of witches, crones, and harpies I have seen since have yet to reach. Without a doubt, it’s the highlight of the film. 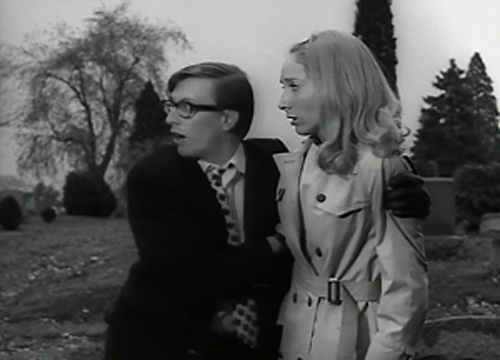 After their annual ritual of driving out to place flowers at their father’s grave, siblings Johnnie and Barbara fall to squabbling. Sensing her unease at the cemetery, he needles her in his best Karloff imitation, “They’re coming for you, Barbara!” A few moments later his sister is attacked by the first zombie. Johnnie jumps to her aid but gets his head dented by a nearby tombstone. At the moment Johnnie/Karloff is killed it seems that Romero is announcing that the old, safe concept of a horror movie as merely entertainment is over. With race, politics, and matricide included in the full-on assault that follows, it is clear “they” are coming for all of us.

Told in the middle of the night while Quint, Brody, and Hooper are alone out at sea, it is the ultimate campfire story. Shaw’s performance is fantastic. But it is so much more. We are shown a glimpse of the real darkness of mortality – that no matter how strong or smart we aspire to be, or how good or bad our character, we can come to that horrific place where all bets are off and we are not in control. Its elemental truth makes the Freddys and Jasons of the world seem like trivial concoctions. 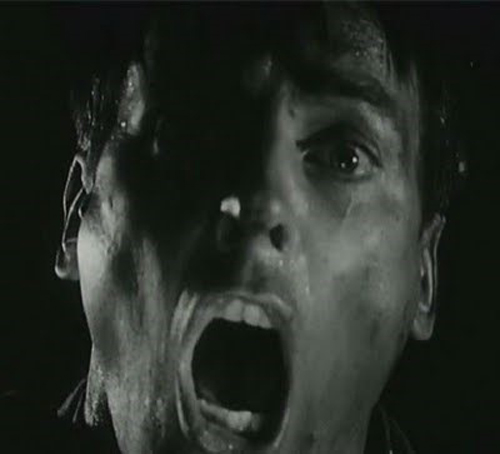 Dr. Miles Bennell (Kevin McCarthy), whose battle to hold onto his humanity has changed him from complacent rationalist to a man at the breaking point, escapes to a busy roadway and starts trying to flag down passing motorists. When no one takes his warnings seriously, he ratchets up the intensity. Finally, after seeing a truck carrying a load of the pods used to create the alien doppelgangers, he thrillingly breaks the 4th wall and delivers the famous lines directly to the viewing audience. This is where director Don Siegel wanted the film to end, and even though Allied Artists forced the addition of a prologue and epilogue to soften the movie’s darkly bleak tone, the scene’s power is undiminished over 50 years later.

Director Karl Freund’s real fame came as a cinematographer, and those talents are on full display here. Telling a story in almost total silence, he uses camera positioning and movement to create incredible tension. The payoff is set up so well that when a single look at the newly-revived Mummy shatters the young archaeologist’s psyche, it seems utterly believable. It has stayed with me because it is a near perfect slice of horror poetry. 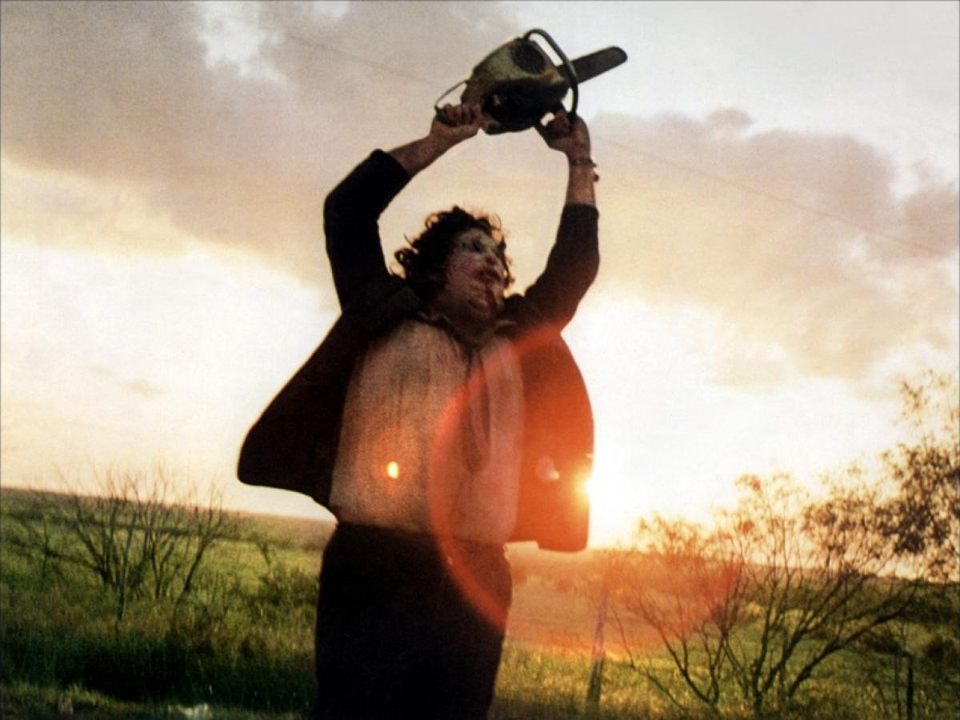 As the sun rises in the background, the bloodied and very damaged Final Girl Sally escapes in the back of a pickup truck. The camera returns to Leatherface, who twirls and staggers, waving the chainsaw. It is the dance of the Waking Nightmare, a celebration of impenetrable madness. Seconds later the screen suddenly goes black, stamping the image in our minds as the film abruptly ends. I still find it to be disturbingly potent today.

Well, there you have it. I’ve shown you my list. I invite you to show me yours. In any case, Happy Halloween! Here’s a holiday wish that your most memorable horror film moments are yet to come.