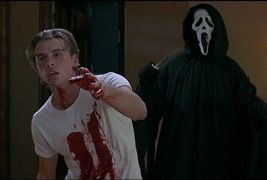 It’s that time of year again. When morning commutes are doubled, outlet malls are swamped with discounts and there’s a great chance you’re going to catch a cold at work because one of your co-workers’ kids brought a virus home with them. It’s Back to School time, people, and what better way to celebrate this annual event than with a horror movie marathon?

To the uninitiated, the horror genre is packed with flicks based in and around schools of all types. Because let’s face it—there is nothing scarier than school. I mean, it’s a lot scarier when zombies or aliens are involved, but even a girl’s first period or a boy’s first fight-to-the-death scenario can make any day feel like a Monday.

Below, I provide you with a supply list for the upcoming school year in hopes that you can enjoy this time of year as much as possible. A word of caution: There be spoilers ahead. Now get reading! There may be a pop quiz at the end of this.

One Box Cutter (for killing a succubus) 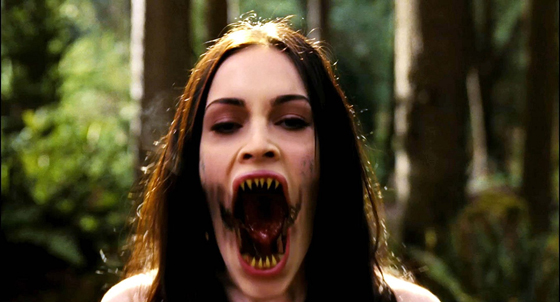 2009’s Jennifer’s Body, starring Megan Fox and Amanda Seyfried, is a bloody good time that has taken a while to reach cult-favorite status, but it’s there now where it belongs. Unlike its successor, 2013’s Carrie remake, this movie’s use of beautiful actresses in roles that aren’t supposed to be glamorous works extremely well. There’s one scene in particular, when an emotionally vulnerable Jennifer is smearing makeup across her face, which actually makes you feel bad for her. The flick is perfect viewing for a sleepover or a lazy day off and doesn’t get enough credit for its underlying themes of puberty and high school caste system.

Scream is credited with revitalizing the horror genre and you certainly won’t get an argument from this writer. Arguably Wes Craven’s greatest achievement as a filmmaker, the franchise started off with a horrifying bang in 1996 when audiences the world over got to see pretty, young Drew Barrymore butchered and strung up in a tree within the first 10 minutes of the film. While it’s clear as hell that all of the ‘high school students’ in the film are old enough to legally drink in real life, this is without a doubt my favorite high school horror flick of all time. 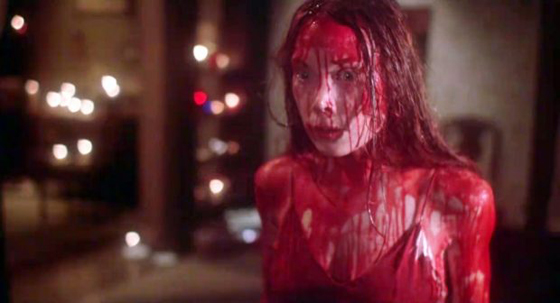 The first film adaptation of a Stephen King novel, Brian De Palma’s Carrie is widely considered one of the best the genre has to offer, and for good reason. You name it, this film’s got it—blood, a crazed mother, a jump scare…. The story of the least popular girl in school and the dangerous telekinetic powers she possesses has withstood the test of time. Another film that tackles the societal totem pole of high school and the obstacles of puberty, Carrie is a must see for any self-respecting horror fiend. I was going to suggest a pack of feminine hygiene products for this one, but c’mon… I’ve got standards!

While the upcoming remake looks damn good, Dario Argento’s 1977 masterpiece Suspiria will forever hold a spot amongst the greatest horror films of all time. The film centers on the Tanz Dance Academy, one of the most prestigious ballet schools in the world, and the luckless students who will soon meet their demise. Suzy is an American dancer who arrives at the school and it’s not long before she realizes things aren’t quite right. But not in a the-cafeteria-sells-expired-donuts kind of way.  It’s more like, “this school was founded by a witch and the instructors are plotting to kill me.” Complimented by a gorgeous color palette and a timeless score by Goblin, Suspiria reigns supreme. 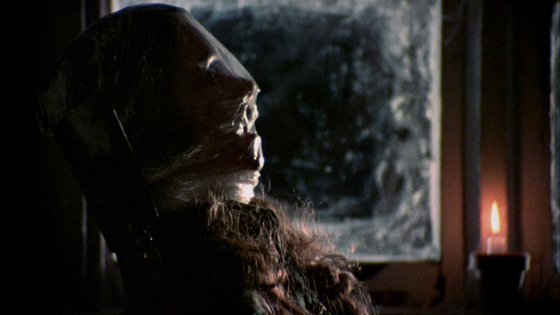 Simply put, 1974’s Black Christmas was ahead of its time. As one of the earliest slasher films, director Bob Clark (best known as the director of A Christmas Story) tells the urban legend of ‘The Babysitter and the Man Upstairs’ based on a series of murders that chilled Montreal, Quebec years earlier. While there are many reasons to absolutely adore the story of a sorority house haunted by ‘The Moaner,’ a vicious murderer, my favorite is the fact that the killer is never identified. The cast is outstanding, starting with Margot Kidder and Olivia Hussey and fortified with veterans John Saxon and Keir Dullea. Fun fact: Gilda Radner accepted the part of Phyllis but had to bow out due to her obligations to Saturday Night Live. 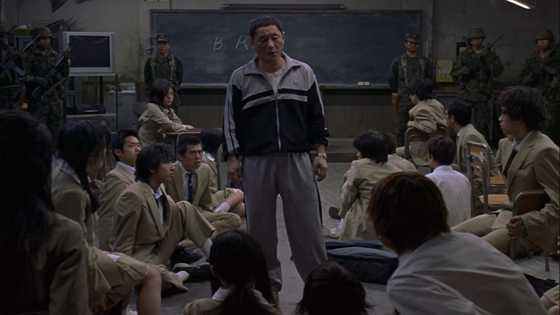 Kinji Fukasaku’s final film, 2000’s Battle Royale, is one of the most well-known and highly regarded Japanese thrillers to hit the silver screen. The dystopian story of a group of students forced to fight to the death by the Japanese government has had its fair share of criticism and either was or is still banned in certain countries due to the sensitive subject matter. Battle Royal is a harrowing, much grislier version of Lord Of The Flies with the same stark social commentary. Based on the novel by Koushun Takami, a bootleg copy of the movie hit the US and it quickly became a cult classic. In 2012, the film was finally officially released in the States. 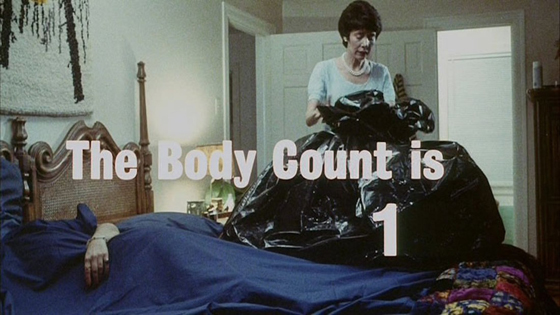 No list of back-to-school horror films would be complete without the comedy spoof Student Bodies (1981). A serial killer is roaming the grounds of Lamab High School and offing students with all sorts of clever school supplies like suffocating them in garbage bags for example. Student Bodies hits on just about every horror cliché and stereotype known to audiences in the early ‘80s. We have the jock, the goody-two-shoes prom queen, the nerd and the hippie. The film also uses the overly tired “it was all a dream” ending, but it works here because if you aren’t watching this one with a bucket full of popcorn and your favorite adult beverage, you ain’t doing it right. There is nothing to be taken seriously in this movie and that’s exactly what makes it so great. My favorite part of this one is the running Death Count ticker that shows up onscreen after every fatality. “I said his keys, not his cheese!” 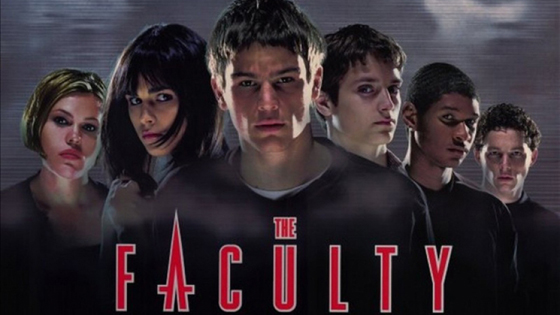 If there was ever a horror movie that could serve as a time capsule for the late ‘90s, it could very well be The Faculty. The 1998 alien invasion flick is crammed with popular actors (Josh Hartnett, Elijah Wood, Jordana Brewster, Piper Laurie, Famke Janssen, Usher, Salma Hayek and Jon Stewart to name a few!) and is directed by guerilla-turned-big budget filmmaker Robert Rodriguez (Desperado, From Dusk till Dawn, Sin City). Extraterrestrials have landed in Ohio and a high school populated with seemingly the best-looking students God has ever created is the epicenter of the alien takeover. What the film lacks in any sort of memorable plot or Oscar-worthy performances, it more than makes up for in life lessons: Drugs aren’t always bad, it’s important to always stay hydrated, and it’s never okay to start a student-teacher relationship. Even if the duo is as attractive as Josh Hartnett and Famke Janssen. 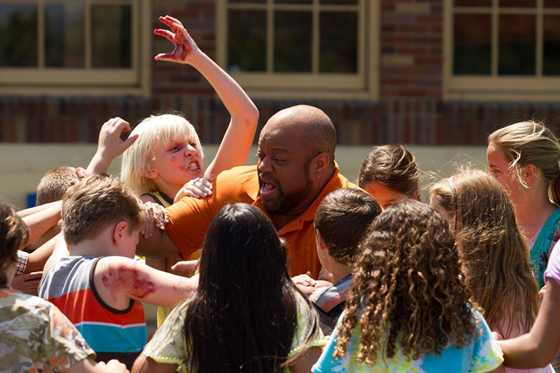 2014’s Cooties, starring Elijah Wood and Rainn Wilson and written by SAW and INSIDIOUS’s Leigh Whannell is about a group of elementary school teachers and employees who must stay alive as the kids around them devolve into mindless zombies. The virus starts in a chicken nugget and only gets crazier and more hysterically funny from there. The outbreak only affects kids, which allows for our adult heroes to come up with some insanely awesome kills. The film ends on an optimistic note reminiscent of the novel version of Stephen King’s The Mist, but kids are everywhere, man. And they love chicken nuggets.

While this certainly isn’t the definitive list of school-based horrors, it properly summarizes my favorite in the subgenre. Before you throw me in detention, here’s my honorable mentions Dean’s List:

The Craft (1996) – a group of high school girls form a coven and things go exactly as spooky as you’d imagine it would.

Diabolique (1955) – a jaded wife and a scorned mistress plan to murder the man between them. Then the man’s dead body disappears. That shock ending, though! 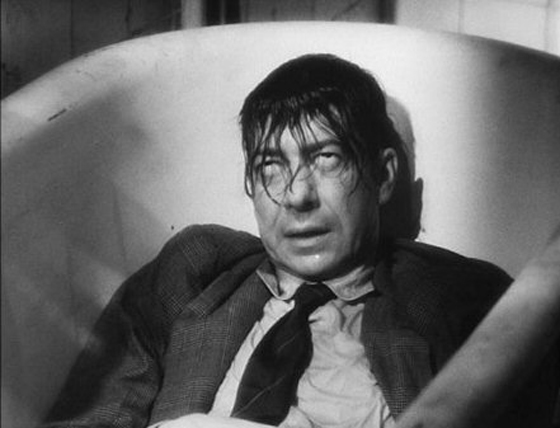 Ginger Snaps (2000) – two gothy sisters’ lives get turned upside down when one of them is afflicted with the bite of a werewolf.

Night Of The Creeps (1986) – aliens turn folks into bloodthirsty zombies. A group of students determine they have enough going on in life and prepare to fend off the monsters. 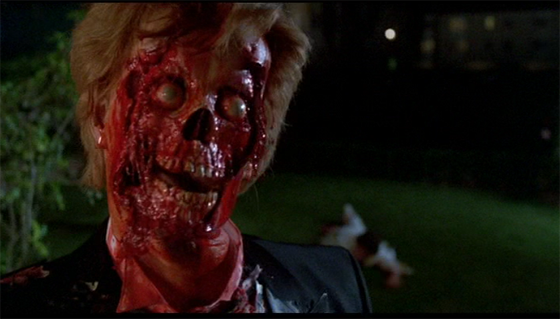 So, there you have it. I know I omitted a number of favorites from this list, but I’m sure you’ll remind me of even more down below. Leave a comment and let Ravenous Monster know which movies make your honor roll!