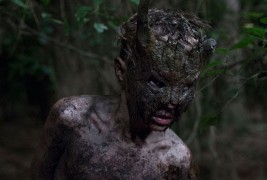 As if the woods weren’t creepy enough, Cub (Artsploitation Films) drapes audiences in a skin-crawling paranoia that someone is always watching us.

CUB tells the tale of Sam (Maurice Luijten), a boy with a troubled past who joins his Boy Scout troop on a sleepaway camp in the woods. Granted, the woods are haunted and the motives of the trip are vague at best, but what the hell are summer sleepaway camps for anyways?

Legend of a “kai,” a boy by day and a werewolf by night, isn’t the only spooky story about the woods. But it is the only one the scout troop is aware of. Sam not only believes the tale, he sees the monster (Gill Eeckelaert) face-to-face.

As the bullying in the scout camp ramps up and mischief continues in the woods, the paranoia and rage begin to consume the camp. It all comes to a head when Sam begins learning the terrifying truth in the woods.

The film is beautifully shot, with cinematography that is truly jaw-dropping. The score is just as fantastic, evoking a very familiar Carpenter-esque vibe to set the tone.

The characters have their flaws and the storyline is a bit scattered, but the final twenty-five minutes of the film is one big “WTF?” fest. With a little bit of Hostel and a dash of Cabin in the Woods, the horror clichés are all there and it didn’t take much to have my surmise confirmed as far as the ending goes. 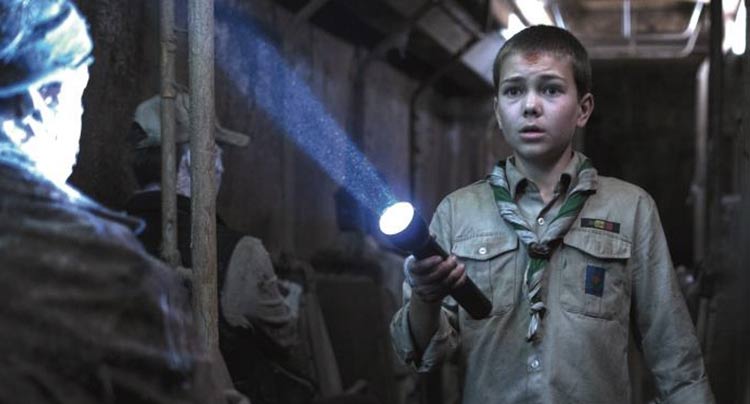 CUB isn’t a slow-burn film at all. In fact, within the first 50 seconds, we see a chase scene—shot gorgeously through the dark woods—and the monster of the film. There isn’t a whole lot of unnecessary character development either, with the meat of the storyline going to Sam’s “violent past” in a quick bit of dialogue halfway through the film’s 80-minute running time.

However, it’s hard to sympathize with anyone in the film, especially the troop leaders, Peter (Stef Aerts) and Chris (Titus De Voodgt) as well as Sam himself. Perhaps some of that is because of how vague some of their motivations are, but some of it is because they just aren’t really likeable characters. That being said, there is a difference between likeable characters and well-acted characters. This film has a spectacular cast that does a phenomenal job, from the young Scouts to the troop leaders. Once again, foreign horror reigns supreme when it comes to casting amateurs for a film with such deep horror saturated into it.

There also is quite a bit of shock-value gore and imagery in the film that I could have done without. Not because I was scared senseless, but because I found it to be senseless scares. Without spoiling anything, a bus-full of corpses is a set piece clumsily thrown into an otherwise less dramatic horror film.

Govaerts stumbled a bit with character development when it comes to a few main characters but if that’s really the only knock I have against a filmmaker in his first feature-length film, then I’m confident in saying Govaerts has a promising career in the genre. He’s off to a good start, having won Best Director at the 2014 Sitges Film Festival for this feral little movie.

Proving once again that sex and snooping in the woods at night are two of the worst ideas a human can possibly have, Cub is a gruesome and violent look at adolescence and the effects of bullying. While certainly not a perfect or particularly original film, CUB has enough merit to earn a watch. 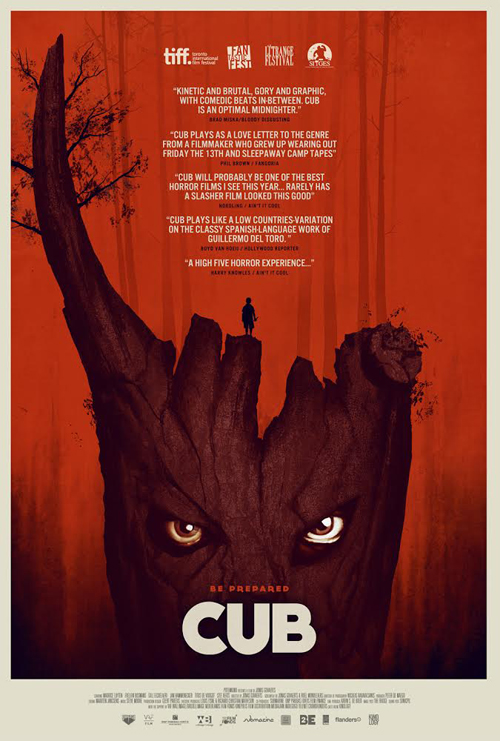