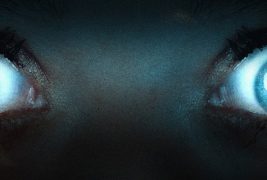 A couple of years ago, I reviewed a movie called Gut by writer/director Elias. The movie’s stuck in my head ever since, and not just because it was the first screener I had the pleasure of reviewing for Ravenous Monster. It was a meaty, thoughtful film, full of ideas and philosophy, and I’ve kept an eye out for Elias’s work ever since.

So when director Nick Basile’s Dark – a film written by Elias – crossed my desk, I knew I was in for a treat, and I wasn’t wrong.

Dark is set during the 2003 blackout in NYC. Its focus is Kate (played by Whitney Able), a 30-something model-turned-yoga-instructor who has recently moved in with her girlfriend Leah (played by Alexandra Breckenridge) and is struggling with fitting in to this new life. When Leah leaves for the weekend, Kate – who we quickly discover is dangerously close to falling apart – is left alone and vulnerable and during the blackout, must face her own inner demons in a city made menacing by the darkness. But are the threats real or imagined? And is Kate herself the victim or the monster?

This is not a horror movie in the classic sense; there is no supernatural element, no masked killer, no gore or squick. But it builds tension swiftly and maintains it, pulling your nerves taut enough to jangle with the slightest provocation. The tension is, at times, nearly unbearable, perhaps because it is so relatable. And thanks to A+ directing from Basile, small moments become heart-stoppingly unnerving: the twist of a doorknob, the echo of footsteps in an empty stairwell, a face peering from a window onto a fire escape.

What struck me as particularly fascinating about this film is the way it so perfectly bookends Gut. Despite being very different films, of very different genres, they fit together surprisingly well. Where Gut is a story about the disenfranchisement of the modern man – with its themes of toxic masculinity and emasculation – Dark is a story about womanhood, and the day-to-day terror of female vulnerability.

I don’t know if it was the filmmaker’s intent to create a feminist narrative, but it seemed to hit those notes at every turn. And so as we grow closer to Kate’s character, learning more about her and seeing the world through her (increasingly unreliable) eyes, the world becomes more and more dangerous and the men around her transform into monsters.

All of which is not to say that this is a movie everyone will enjoy. I’m not even sure if I “enjoyed” it, but it did give me plenty to think about – and I’ll be puzzling over it for many weeks to come.

My recommendation: If you’ve been following my reviews and enjoyed either Gut or Rory Douglas Abel’s Phobia, you will probably like Dark as well. To see more about the film, including upcoming festival appearances and release dates, check its official website here: http://www.darkthefilm.com/#synopsis. 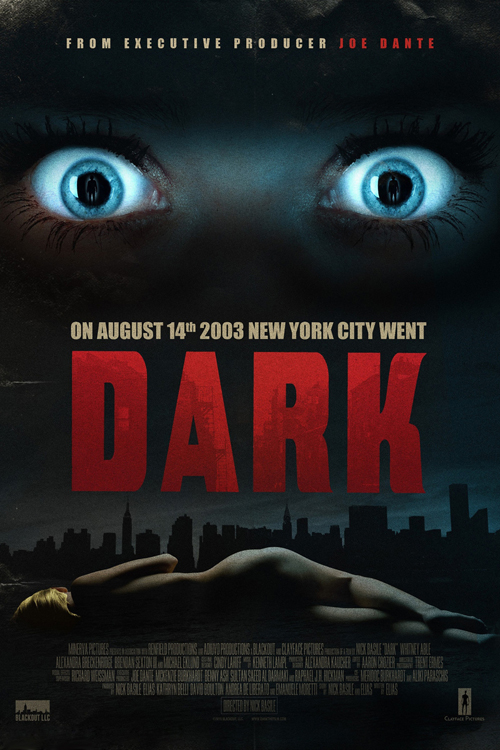