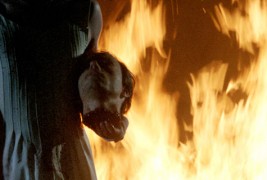 Der Samurai is the first feature film from German writer/director Till Kleinert.  The film stars Michael Diercks as Jacob.  Jacob is a police officer in a small non-distinct rural village.  He is a quiet, unassuming man who’s inexplicably disrespected by the occupants of the small town.  Even so, the film opens with Jacob leaving raw meat in the woods in an effort to keep a deadly wolf away from the population.  The scene however is clear foreshadowing, and representative of the heavy-handed symbolism Kleinert employs.

Upon returning to the police station Jacob is informed that a package has arrived for him with the address of an abandoned residence.  Jacob elects to deliver the package, no questions asked.  At this point in the movie the audience has been shown two sequences (the meat and the package) that the director intends to be odd and intriguing.  However, it is at this point that Der Samurai reveals its greatest failing.  The film is not as odd as it seems to think it is and the “world” has no internal logic.

And thus upon arriving at the abandoned house, Jacob finds the character of Der Samurai, who is a skinny man wearing a disheveled white dress.  He takes a moment to address the man’s attire as being odd before handing over the package.  From the package Der Samurai reveals a katana.  Jacob seems scared, but then proceeds to chase the man for the remainder of the film.

Herein lies the films second shortcoming.  Jacob is never actually in danger.  Der Samurai is given multiple chances to harm Jacob, but he never does.  Instead he lashes out at the residents of the town we’ve seen treating Jacob poorly, while Jacob fails colossally to stop him.  None of the townsfolk are characters the audience cares about, and Jacob is an unbelievably bland character as well.  For these reasons Der Samurai lacks any sense of tension.   Instead, Kleinert does his best to shock his audience.

Despite the poor David Lynch impersonation, Kleinert demonstrates an incredible eye for direction and the sound design and subtle musical cues almost bring you into a dreamlike state.  With a stronger script I’m sure he would have.  While David Lynch films can be endlessly analyzed, conversely, within one minute of Der Samurai’s appearance it becomes pretty obvious what he is supposed to represent, and while it’s never explicitly stated it seems there is only one interpretation of the events portrayed to those who’ve analyzed the movie.  Again, this would not be such a problem if it was not blatantly clear before so early on.

Given the failed attempts at being bizarre and a plot that’s totally illogical, the intrigue of Der Samurai never comes together.  In the end you have a well shot, but blandly forgettable film that tries hard to shock its audience, but offers little else. 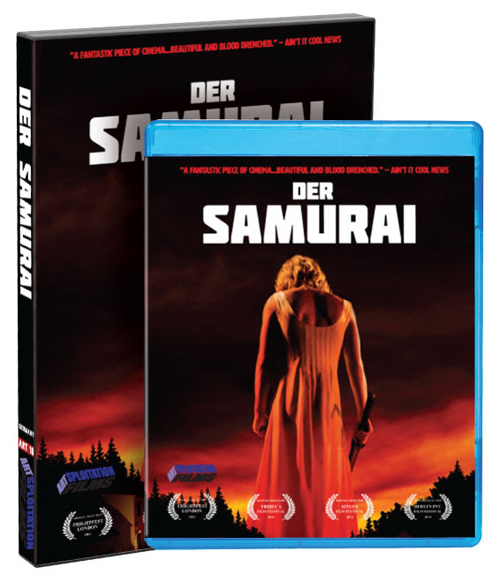