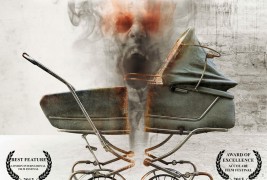 A family tragedy compels a young couple to trade their city life for one in the country. They end up purchasing a secluded house, complete with no internet, gas, or the utilities that most of us can’t live without. To make matters worse, the house has a less-than-savory history and things soon begin to go bump in the night.

The movie depicts a slow descent into madness which is usually good for piquing this reviewer’s interest, as do house-with-a-bad-history stories. Moreover, the production quality of the film is impressive and the acting pretty well done.

The pacing, however, is a mixed bag, and fans of faster paced “jumps and thrills” or slasher flicks may find it a little slow. While it’s an enjoyable watch, House of Good and Evil is much closer to being a dark drama or a psychological thriller (with horror elements, of course) as opposed to a straight up horror movie.

Overall, House of Good and Evil is enjoyably entertaining and a worthwhile way to spend an hour and a half. If darkly dramatic material is your cup of tea, give this a try. 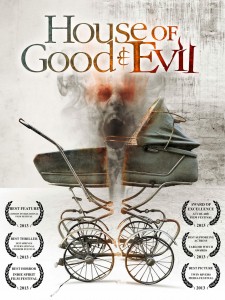