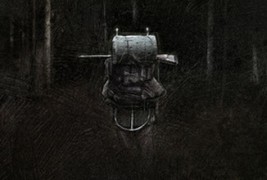 Bigfoot builds its indie street cred in Valley of the Sasquatch, a film by director John Portanova that ambitiously breaks all the conventions of monster horror movies, but not always successfully. It’s a bizarre, dark film that strives to bring a human element to the Sasquatch mythos. Imagine a sad, horror version of Harry and the Hendersons, only George Henderson is an alcoholic, forces his son to move into a hunting cabin with him in the Pacific Northwest and the lovable Harry pummels them both mercilessly.

A synopsis on IMDB inadvertently articulates both the movie’s strength and its glaring weakness: “After losing their home following a devastating tragedy, a father and son are forced to move to an old family cabin. Neither reacts well to being thrown into this new world. The son’s attempts to relate to his father are complicated when two old friends arrive for a weekend of hunting. This trip into the forest will unearth not only buried feelings of guilt and betrayal, but also a tribe of Sasquatch that are determined to protect their land.” Reading this plot is almost as thrilling as actually watching it unfold on screen. It’s hard to imagine actors emoting “feelings of guilt and betrayal” in a movie involving a tribe of Sasquatch. It’s equally difficult watching the actors struggle to convey a sense of those feelings during the majority of the movie.

So, when I say the film breaks monster movie conventions, I mean to say that it focuses way too much on the human side of the monster problem. Portanova spends the majority of the movie portraying the father/son drama and surrounds them with stock slasher movie victims. Watching these actors deliver stilted dialogue made it difficult to invest much in the movie’s main plot, or at least what I had hoped the main plot of the movie would be: Sasquatch ripping people apart. But Valley feels like it’s telling two completely separate stories that never really mesh.

I personally enjoy monster flicks in which the monster is hunting humans with blood and bone fragments hitting the screen the majority of the time. However, in Valley, you only see Sasquatch on screen for a grand total of about 30 to 40 minutes. At face value, 40 minutes of monster mayhem might seem like a sizable portion of the screen time, but that time is divided between a two-minute segment in the movie’s intro and 38 minutes of Sasquatch smashing and thrashing during the final reel.

The human element of the story doesn’t add much suspense to the monster element. You could literally remove the father/son story line and focus on telling the story of the survivalist Bauman (Bill Oberst Jr.) who breaks free from a tribe of Sasquatch after
being held captive in their cave and you may end up with a stronger movie.

The moment the Sasquatch attack the group of hunters and the father/son duo, Valley of the Sasquatch gets exciting. The special effects make-up on the Sasquatch monsters is pretty unique as well, using a traditional bear or Skunk-Ape-like body frame with thick, frazzled fur and greasy faces akin to the faces of Troll 2 monsters framed with ‘80s hair metal hairdos.

All in all, Valley of the Sasquatch is an ambitious and creative spin on the Bigfoot legend taking elements of stories from people who’ve claimed to have had real life encounters with the legendary monster of the Pacific Northwest. John Portanova takes a risk and attempts to tell a story involving more realistic human characters with a more animalistic monster. His Sasquatch is more of a feral cave man that moves through the forest like a vicious, curious child that has the strength of a Silverback gorilla. Although the human side of Valley lacks charisma, this movie also has a fair share of successful monster movie tropes.

On the Bigfoot toe scale I’d give it two big toes and a pinky toe. 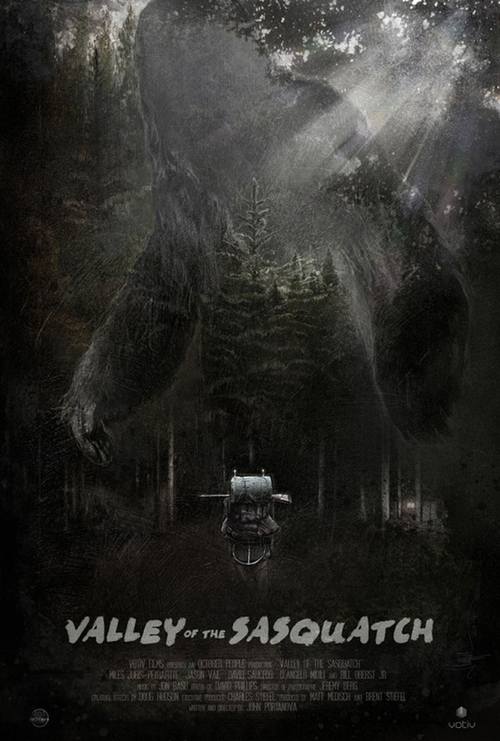 One thought on “Valley of the Sasquatch Movie Review”